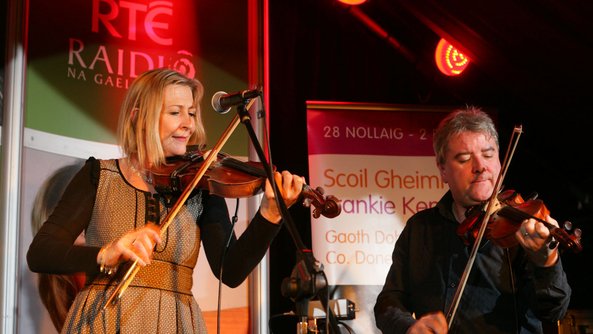 This year’s Scoil Gheimhridh Frankie Kennedy, the 20th and final one, was launched on Rónán [email protected] live from Tigh Hiúdaí Beag in Gaoth Dobhair on 4 December.

The school was established in 1994 to celebrate and honour the life of Frankie Kennedy, a gifted flute player from Belfast and one of the founders of Altan, who passed away in 1994.

The final winter school takes place this year with a fantastic lineup of concerts and workshops and the usual revelry!

Altan will play the final gig on 1 January, along with Fidil and surprise guests.

Not to be missed!