Ciarán Curran is a native of Kinawley, Co.Fermanagh, an area rich in music, song and folklore and brings his strong family musical tradition to bear on an instrument relatively new to Irish traditional music – the bouzouki.

Ciarán’s late uncle, Ned Curran, was a great fiddle player and has given the band many tunes from his unusual repertoire. Ciarán was introduced to a lot of traditional music and musicians by his friend Cathal McConnell (Boys of the Lough) from whom he learned many tunes.

Ciarán has also produced the critically acclaimed Slán le Loch Éirne, a duet album from Gary Hastings and Seamus Quinn. Ciarán Curran has developed a unique, personal and subtle style on the bouzouki using counter harmonies and melodies that let the music breathe and show its most melodic strengths without conflicting with the essence of the melody. 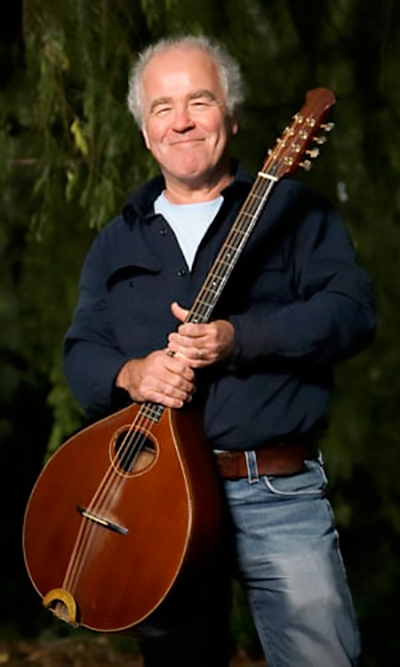