Máirtín Tourish is an accordionist, composer, producer and musicologist from Co. Donegal and now based in Dublin. His ancestors were collectors of dance music whose manuscripts date from 1896.

Martin’s debut album Clan Ranald with bouzouki player Luke Ward was released in 2005 and listed by music critic Earle Hitchner of the Irish Echo and Wall Street Journal, as being in the top 20 albums of 2005. From the success of the Clan Ranald album, Martin is listed in The Rough Guide to Ireland as a piano accordionist of note while a track from the album appears in The Rough Guide to Irish Folk Vol. 2. In 2008, he became the first piano accordionist to win TG4′s prestigious ‘Young Musician of the Year’ award which a subsequent article in The Irish Times regarded as “the Irish Music equivalent of an Oscar”.

In 2008, Martin was commissioned by TG4 to compose, produce and perform the music for their brand television advertisement ‘The More You Look, The More You See’ which won many national and international awards and earned the piece of music national recognition. In 2010 he composed the theme tune to a national marathon festival Rith2010 to promote the Irish language and in 2011 composed the trad style variation on a theme for the nationwide Love Live Music festival.

A song he composed entitled ‘An Gealóg’ appears on Altan’s latest album The Poison Glen whilst a virtuosic piece entitled ‘The Seventh Degree’ is being performed by Triona Marshal on harp during The Chieftain’s 50th anniversary tour. 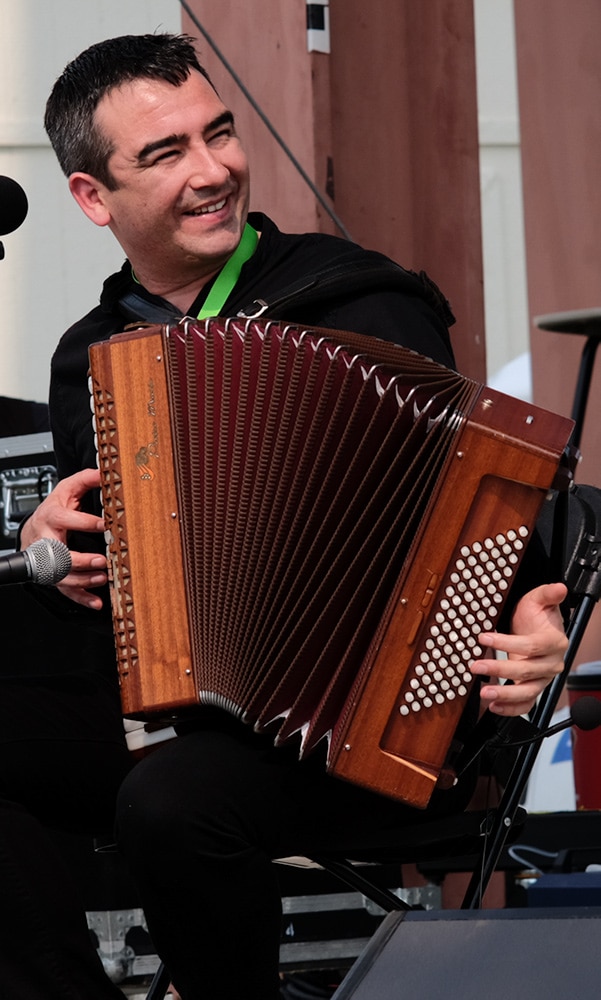